The Collective last week purchased lot at 555 Broadway, on the border of Williamsburg and Bushwick, for a $450 million, 350,000-square-foot development, the biggest ever devoted exclusively to co-living in the five boroughs.

The concept, which provides short-term leases in apartment-like spaces, is already established in New York, with companies like WeWorkand Common paving the way. But The Collective CEO and founder Reza Merchant, who secured the deal at just 29 years old, said today’s workforce needs even more alternatives to luxury new developments. “People on middle incomes are forced to rent substandard and often illegally-converted rooms, in what were historically houses and flats built for families,” he said.

Merchant started his business at 21 using one of the world’s original shared work spaces as its office—a college library. “Having experienced firsthand how difficult it was to find any remotely decent and affordable accommodation as a young person in London, it was obvious to me that something revolutionary needed to be done,” he said. 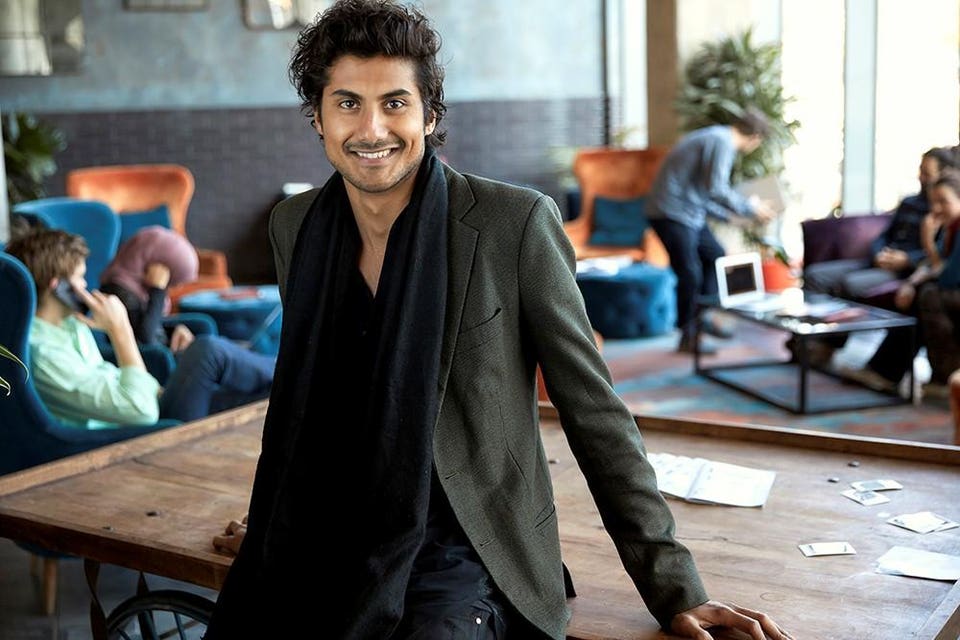 CEO and founder Reza Merchant, who secured the whopper of a deal at just 29 years old, said today’s workforce needs even more affordable alternatives to the Big Apple’s typically-luxury new developments.COURTESY OF THE COLLECTIVE

The Collective opened its first batch of four- to six-unit co-living spaces in London in 2011. It has since raised nearly $700 million to finance a global vision, with 6,500 units operating or under development in the United Kingdom, Germany and the United States.

Entrepreneurship is in the young Brit’s blood, as his father owned a manufacturing company after immigrating to the United Kingdom with £50 in his pocket. “Growing up, I vividly experienced the sheer hard work and the often harsh reality of what it takes to build a business and put food on the table,” Merchant said.

The Brooklyn project is too young for Merchant to give specific details on its residence sizes, prices or its name, he said, but The Collective’s development in London, called Old Oak, offers studios with private kitchens and suites with shared kitchens for weekly and monthly fees, with utilities and WiFi included.

To further its mission to help the working masses, The Collective also has a foundation that offers micro-grants and workshops to business owners through various initiatives. Merchant plans to eventually funnel 90% of his own income into the foundation, he said. In Brooklyn, it will assess local needs to develop programs for the community, he added.

The co-living space, meanwhile, will be geared toward a diverse group of customers. Amenities in the development will include a restaurant and bar, various outdoor retreats, a fitness center and event spaces for seminars and other programs. Creative types will have access to an art gallery, along with rehearsal and performance areas. “We are very much focused on how people feel in our spaces and how we can create environments that enable people to be the best versions of themselves,” Merchant said.