New York City’s most expensive apartment listing on the open market is also its weirdest.

With an asking price of $85 million, the 15,000-square-foot duplex penthouse at the Atelier — located at 635 W. 42nd St., near less-than-glam 12th Avenue — costs $5,666 per square foot. That’s nearly double the record for the Hell’s Kitchen neighborhood. But what’s really mind-boggling are all the over-the-top extras that come with the place (which, by the way, boasts Hudson River views but no outdoor space).

Among them: two Rolls-Royce Phantoms — a hardtop and a convertible — as well as a Lamborghini Aventador Roadster. There is also a $1 million, 75-foot yacht, with five years of docking fees on the Hudson, plus a summer stay in a Watermill mansion that rents for $350,000 a season. 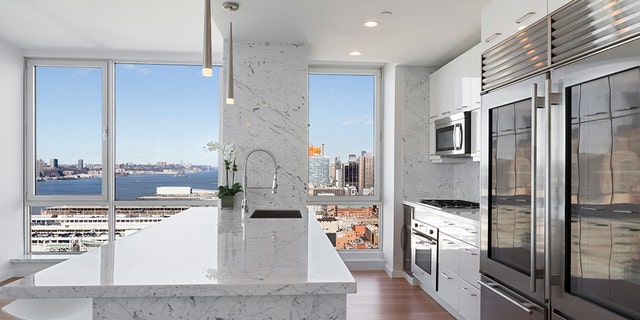 The pricey pad boasts some over-the-top extras like two Rolls-Royce Phantoms — a hardtop and a convertible — as well as a Lamborghini Aventador roadster.

But wait, there’s more: a year’s worth of weekly dinners for two at Daniel Boulud’s 65th Street flagship, a pair of courtside season tickets to the Brooklyn Nets (valued at around $225,000), and a year of services from a live-in butler and a private chef. The kicker is out of this world: two $250,000 seats on a Virgin Galactic space flight.

Penthouse owner Daniel Neiditch, who is also the building manager of the Atelier and the president of the building’s condo board, is the man behind the marketing. And the 39-year-old property investor, who owns the brokerage firm River 2 River Realty, says it’s all about the chance for a lucky buyer to live their own lavish life.

“Someone not from New York can [move here and] have a New Yorker’s lifestyle and point of view,” said lifelong New Yorker Neiditch, who previously lived in the building. “In a way, I’m offering my lifestyle. I’m offering a way for a foreigner to jump right in.”

“Going to outer space was always a dream of mine,” added Neiditch. And, in fact, the courtside seats, cars, Hamptons house, butler and yacht are all his own — and he insists he has enough to go around. 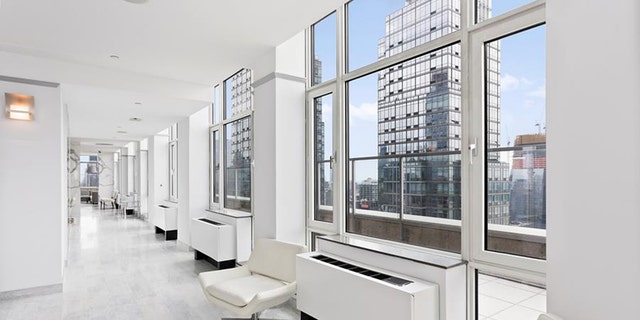 There is another sticking point: That $85 million does not buy you an actual turnkey apartment. Instead, you get a bunch of smaller pads.